Several new projects are in progress among them a second album built according to the same principle, a French version and a version in Esperanto, collaboration with other authors from the Esperanto World, instrumental creations, ... Feel free to follow the group's activities on the social networks or on the site of Vinilkosmo.

In 2017 Vojagxo realized a double album entitled "Planedo nia". This album includes one CD in French, and an other in Esperanto. The songs are sung in French by Audrey Rey and in Esperanto by Jean-Claude Patalano. You can order this album (2 CDs) on the Web site of Vinilkosmo.

You can also hear the titles in esperanto, in streaming on 1Dtouch. 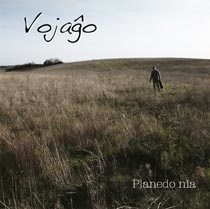 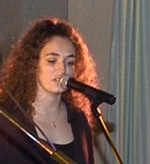 On rhythms drawing on the sources of Bossa nova, Samba, Salsa, Choro, Swing of the US South Coast Bands or Blues of the New Orléans clubs , with accents really oriented to the south, towards Brazil, Caribbean, Italy, Louisiana or Mississipi, which embark you for a journey to the other end of the earth, in the suburbs of Rio, São-Paulo or Belem, Cuba, Havana, Naples or New Orleans, Toulouse, Albi or Carcassone..

A relaxed route in a sun-kissed music, which incites to the friendship between "re-builders of worlds", around a glass of Caïpirinha or huge squeezed oranges "sin azucar, con gelo"