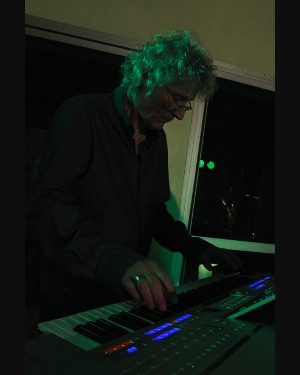 Gilles is a musician whose musical culture, steeped in pop music and progressive rock, has been enriched over the years at the touch of Latin and jazz rock influences, within the group Khefren, of which he was a founder and for which he composed many pieces. These skills based on openness and creativity have enabled him to integrate musical groups of high level. One could see him with Joel Dauchet (french songs), "Archipel" or "Pharaon" (Rock music). Gilles is also the school's co-founder "Les Cools de Musique" in which he ensures the keyboard classes. He founded Vojagxo with Gxuzepe in 2015.